Kornet al Raheb also known as the mount of Al Raheb (the monk). It is located on 1300 meters of altitude, abuts on the Fidar River from the south. It is a road linking the Lebanese coast to Baalbek. This natural mountain was also considered as a watchtower or a military base. It is believed that this place’s history dates back to the Phoenician or pre Phoenician era. It seems that an altar was built on it for sacrifices, and was transformed by the Christians into a temple for hermits and ascetics from Ehmej and the region. An archaeological excavation took place in that location, and a three entrances cave: one from the south, where small spears were found, one from the north that leads to a building, the foundations of which are still visible, and one from the west, where three rooms seem to be from the Roman era. Mud painted caves with Greek, and Roman marks were also discovered, with porcelain Phoenician, roman and Greek remains on the inside. 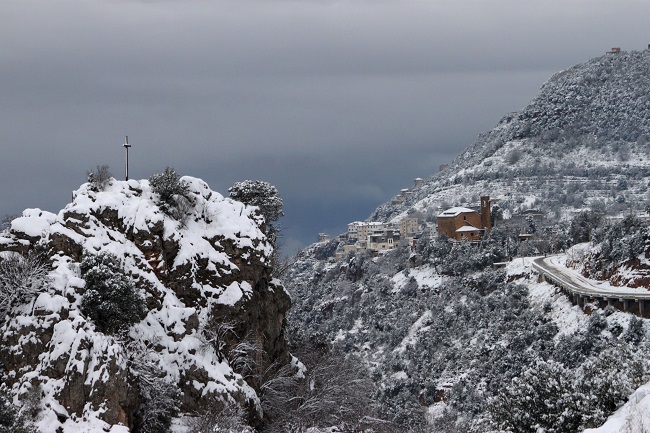